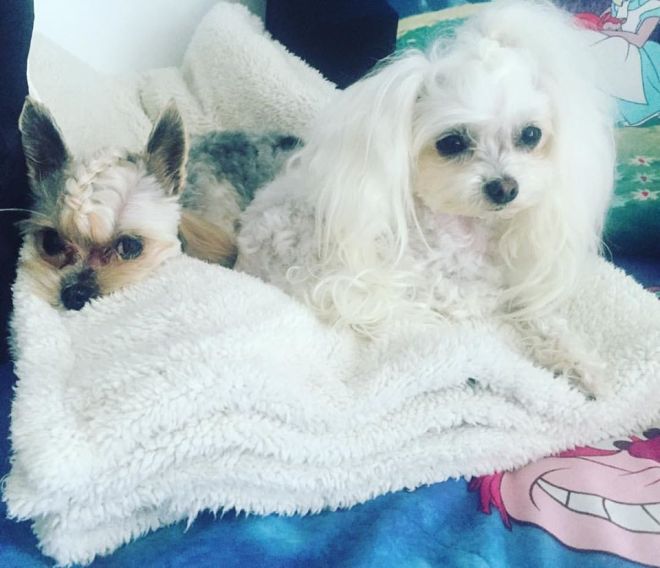 I recently found out that my little one Belle has a collapsing trachea, on top of that she got bronchitis. Another problem from another day. I will start by saying no it was not from wearing a collar, harness or pulling. Yes, pups can have a collapsed trachea from both a collar and a harness. After talking to a lot of different vets I found out that it is very common in smaller dog breeds especially: Yorkshire Terrier, Toy Poodles, Chihuahua, Pomeranians and Shih Tzu. It’s more common in middle age to older when they get diagnosed but it can develop earlier.

What is a trachea?

What is a collapsing trachea?

Thankfully, Belle is falls under Grade 1 but her trachea is not at 25%. We caught it early where it was barely noticeable. There is a slight deformation on her trachea and we are taking as many precautions with her so it doesn’t get worse.

I noticed that whenever Belle got excited or after her walk she would cough A LOT. I first thought she was coughing because her throat was dried out due to the weather being so cold. I kept an eye on her to make sure it wasn’t going to get worse. The second day was colder and she stayed about the same, but I notice she had a little less energy than yesterday and when she was laying on me that there was a vibration in her chest. I thought I was just being paranoid so I waited until day 3. I called the vet and she had an appointment on Monday. That’s when we learned she not only had bronchitis BUT a collapsing trachea. They gave Belle a shot for the bronchitis and us medicine to give her as needed for her trachea. We immediately saw a difference in her and she was back to her normal energy.

Im still doing a lot of research about how to keep her as comfortable as possible but so far I have only given her medicine once in over a month since she has ben diagnosed with this. I really want to make sure she lives her best life, while still being cautious. As many vet’s as I have talked to I have also talked to a lot of owners of puppies who have had/have a collapsing trachea. Some stories were sad but A LOT lived their lives to the fullest and still living. Which gives me hope.

Have you ever experienced a collapsing trachea?