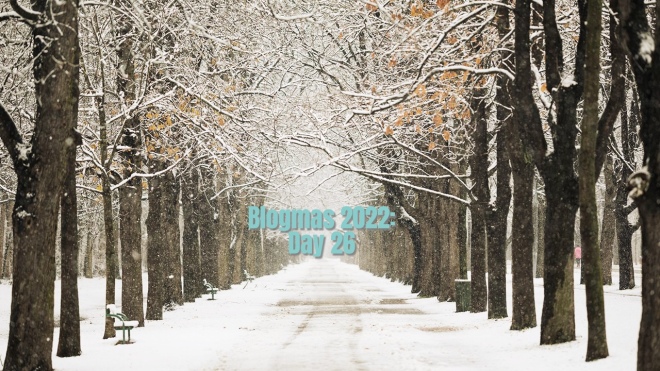 Just like my Christmas movies, shows and songs I have my Winter Dramas. Here are all the dramas I enjoy during the winter time.

Doom at Your Service

Tak Dong Kyung is a person who is down on her luck. She lost her parents a few years ago in an accident and lives most days consumed by her job as a webcomic editor. Misfortune is never far from her — she soon finds out that her boyfriend is an adulterer, next learns she’s suffering from a terminal brain tumor. One night, she decides that she’s had enough. Determined to put an end to her misery, she drunkenly shouts to the heavens and wishes for the world to be doomed.

Her call for help summons Myeol Mang, a mysterious entity who acts as an intermediary between the gods and humans. Destruction comes charging through her front door in the form of this character whose name means “Doom”. He offers to make her wish come true if she is willing to pay the ultimate price. Dong Kyung agrees. According to the terms of their contract, she has 100 days to live her life to the fullest before the grim reaper comes to take her soul.

However, things are never as simple as they seem. Myeol Mang slowly finds himself growing fonder of this perplexing human woman and the boundaries between the mortal and immortal realms become increasingly unclear.

Zheng Da Qian is a young woman who works at an advertising company. Although she seems happy, independent, strong-minded, and carefree, she actually has low self-esteem and is wracked with worries. She comes from a smaller Northeastern town, but has been trying to make it in the big city. But when she suffers a setback in her professional life – and another blow in her love life – she finds herself hankering for home. When she receives a relocation package, however, her luck takes a turn. And when she is caught in a freak magnetic storm, things start getting strange…

She is suddenly reunited with a man she once felt affection for: Mu Zi Li, now the owner of a small startup company. Mu Zi Li, like Zheng Da Qian, seems to most observers to be a confident and outgoing young man. But, like her, deep inside he is quite different. The duo starts to realize that the storm may have shifted time for them, somehow. But if there is a way back to the “present” for one of them, should they take it – or would it be better to stay in the world of the past?

Actor Kang Seo Joon was once one of South Korea’s biggest and most popular stars, but his career is now in decline.

But despite his fall in popularity, he believes he has had a change of fortune when he meets and falls for a dashing young chef named Han Ji Woo.

Despite having wildly different personalities, the two begin on a relationship. But their love comes under threat when the more conservative Han Ji Woo and the free-spirited Kang Seo Joon realize that their outlook on life, love, and everything else appears irrevocably different.

I’ll Go To You When the Weather is Nice

Cellist Hae Won is warm-hearted but has closed the door to love after a number of unhappy experiences.

She lives in the capital but has grown tired of big city life – so one day decides to return to her hometown, a small village in the countryside, far away from the hustle and bustle of Seoul.

Returning to the countryside helps her regain some inner peace, but when she meets small, independent bookstore owner Eun Seop, her life – and outlook on love – begin to change bit by bit.

Eun Seop lives his life at a much slower pace than most of the people Hae Won knew in Seoul. Little by little, the two find themselves attracted to one another…

Will Hae Won find room for a little intimacy in her life? Can she learn to trust Eun Seop? And can the pair find love in the idyllic South Korean countryside?

Guardian: The Lonely and Great God

Betrayed by the king he faithfully served, Kim Shin, a decorated military general from the Goryeo Dynasty, is forced to watch his family die before being transformed into a goblin by the higher powers. Cursed with the lonely burden of immortality, Kim Shin dedicates the rest of his long life to saving people with his supernatural abilities. Still, he wanders through his days searching for the prophesied Goblin bride. The bride is the only one who can pull out the sword piercing his body which will finally set his soul free to rest in peace in the afterlife.

19 years ago, Kim Shin saved a woman from a life-threatening accident. From then on, the woman’s daughter Ji Eun Tak gained the ability to communicate with beings from the other side. Despite this, she grows up well and remains an optimistic high schooler who works a part-time job at a chicken restaurant. The restaurant’s owner, Sunny, finds herself falling in love with a grim reaper, who is also the goblin’s roommate.

Unknowingly, the lives of these four individuals intertwine to reveal a fated story more complex than any character could have imagined. Will Kim Shin’s bride finally release him from his eternal misery?

Snow is on the Sea

Should you give your heart to someone when you know it won’t be forever?

Sun Mi suffers from a rare blood disorder that often left her sick and hospitalized as she was growing up. Despite her illness, Sun Mi tries to make the most of life. She now works as a perfumer, creating scents from flowers and spices she collects as she travels to various places.

On one such work trip to an aquarium, Sun Mi meets Sang Woo, a competitive swimmer who works at the aquarium caring for the animals. As the two fall in love, can they make the most of their time together?

These are just a handful of the ones I am usually ALWAYS playing during the winter. I absolutely love them and each one brings me a lot of comfort and joy (sometimes sadness too but it usually ends with something happy). I hope you enjoy them as much as I do!